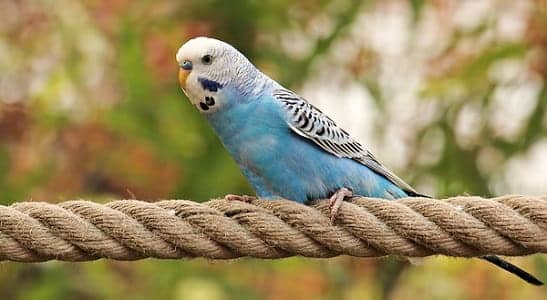 1. Behind the name a story

According to one narrative, when the English asked the indigenous people of Australian about the name of budgies in their language, they answered: (betcherrygah), which means edible or good to eat. Hence, we have the name “budgerigar” in the English language.

2. Multiple names but the end result is the same

Before adopting the name budgerigar by most breeders across the globe, these birds used to be called many other names such as shell parrot, the warbling grass parakeet, the canary parrot, and the zebra parrot. But in the United States, they are more commonly called parakeets. In the Middle East, budgies are called lovebirds by the masses. But they are called budgies by the breeding community in this region.

3. Introduced to Europe in the nineteenth century

4. Diet doesn’t include seeds only

Budgie food is not limited to millet seeds; it can include canary seeds, oats, flaxseed, and niger. Budgies also enjoy eating boiled eggs, vegetables, and fruit. But keep in mind that not all fruit and vegetables are safe to feed your pet bird, and while some options are good to feed, they don’t provide high nutritional value such as lettuce and cucumber.

5. Small parrot but not the smallest

Budgies are not the smallest parrots, as it was once thought. Other types that are smaller than budgies such as the Pygmy parrot and Parrotlet.

budgies can learn words and phrases if trained to do so, knowing that males are better talkers than females. Some learn to talk faster and better than others, and others just don’t learn at all.

8. Can learn to repeat many words

The bird with the largest vocabulary in the world is said to belong to a budgie named Puck. This bird was able to speak 1782 before he died in 1994 and entered into the Guinness Book of World Records after providing recording evidence to support the claim.

8. Budgies can live longer than expected

The oldest budgie died in 1977 at the age of 29. His name was Charlie from England, and he entered into the Guinness Book of World Records in 1995. Do not expect your bird to live this long.

9. Differentiating sex is not easy when immature

It is not easy especially for a beginner, to know the gender of a young budgie, male or female, before reaching three to four months of age.

Budgies are warm-blooded; they breathe quickly to lower their body temperature and buff their feathers to store body heat.