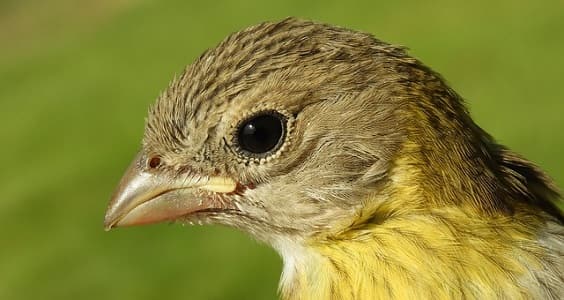 So you suspect your canary birds have the poxvirus? I have summarized the canarypox symptoms from three different laboratory studies to help you identify it. The canarypox is a contiguous and dangerous avian virus that worries every canary breeder, and for good reason. The virus is a common canary disease, it has no cure, and it causes huge losses. Now let’s focus on the symptoms.

In 1957, a Canadian laboratory study was conducted after an outbreak of canarypox in a canary aviary in Ontario, Canada. Signs of infection were noticed two to three weeks following exposure to the virus. After the death of a large group of birds, they were sent to the laboratory for examination. After examining twelve canaries, the following symptoms were reported:

In 2017, the canarypox virus spread to several Lebanese canary farms, killing nearly 50% of them. After the completion of laboratory examinations on seven sick birds, the findings were published in the Journal of Applied Animal Research. Symptoms reported are summarized below:

Reported symptoms from an American aviary

Canarypox also infected an American aviary containing 450 canaries, and the virus killed more than 292 birds. After examining ten canaries, symptoms were published in the Journal Avian Pathology in 2009. These were the most common symptoms reported:

As we can see, the canarypox symptoms depend on the severity of the virus, and the chance of survival depends on the individual bird and his immunity and the presence of secondary infections and the ability to identify and control them.

Do you want to become a professional avian breeder? Join us on social media: