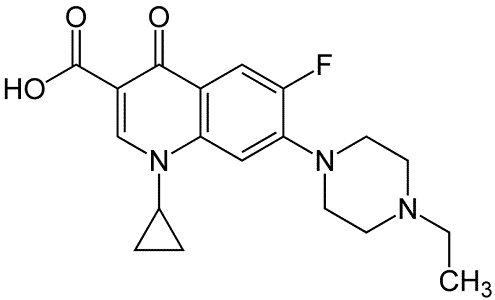 Brand names include: Baytril and Enrotril.

Enrofloxacin is a broad-spectrum antibiotic that is used in veterinary medicine to treat respiratory, digestive, urinary, joint, genital, and skin infections in animals caused by bacteria.

In 2005, the U.S. Food and Drug Administration (FDA) banned the use of the enrofloxacin (Baytril) on meat and egg production poultry since it belongs to a class of antibiotic called fluoroquinolones commonly used in human medicine.

The FDA has found that campylobacter bacteria, which infect chickens and humans, resist enrofloxacin. This potentially makes the bacteria resist the fluoroquinolones class of drugs used in human medicine.

Warnings on the use of enrofloxacin

Disclaimer: This article is neither medical advice nor does it cover all uses, warnings, and side effects. Always consult your venetrian before using any medicine.