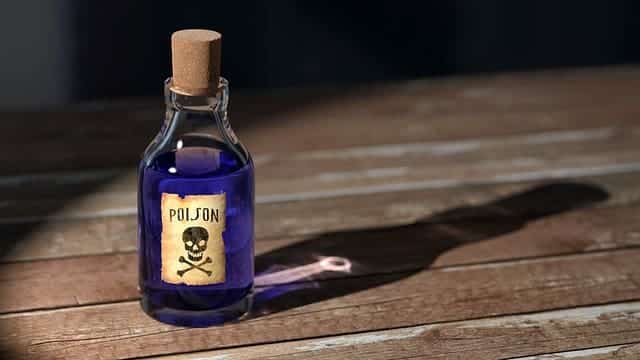 Some foods are toxic to pet birds. As a bird keeper, you need to be aware of foods that may potentially cause harm to your flock. A specific toxic food isn’t necessarily toxic to all birds species. In fact, some may ingest harmful food without showing any signs of illness.

The best example of this is the avocado. It contains a toxin known as persin. Canaries and budgies are the most vulnerable to this harmful substance in avocado. When consumed, these birds suffer from serious respiratory complications within 12 hours of ingestion. They usually die after a day or two.

Similar cases were detected in other birds, but some birds showed no symptoms. Therefore, a bird species can be more tolerant and less sensitive to a specific toxic food than others, and toxicity, as a result, depends on the type of bird and the type of food, the amount ingested.

Other highly toxic foods are bitter almonds. They contain a toxin called cyanide. Cyanide causes serious health issues to birds and humans alike such as liver damage. It also exists in sweet almonds but in a very small amount. You should only offer sweet almonds infrequently and in limited amounts. Additionally, Apple seeds contain high amounts of Cyanide, so do cherries, plums, apricots, and peaches pits. These foods are highly toxic to your pet bird.

Some foods may not have an immediate effect and may cause health problems with frequent and regular intake or when taken in excessive amounts such as garlic and onion. Green onion, on the other hand, has been reported to be lethal for geese. On the same token, tomatoes and citrus fruits mainly lemon may cause ulcer and stomach disturbance especially if given in large quantities.

I would avoid any food reported to potentially cause health issues in any bird species. You should embrace the English saying: “It is better to be safe than sorry.” Why resort to options that have questionable doubts about their safety to your pet bird, while there are many other available and safe options?

I can gather all the research in the world, and present it a lengthy article. But the aim of this article is to simplify things. Having said, that this is a list the most important and widely available foods and also drinks that may cause health issues to your pet bird: