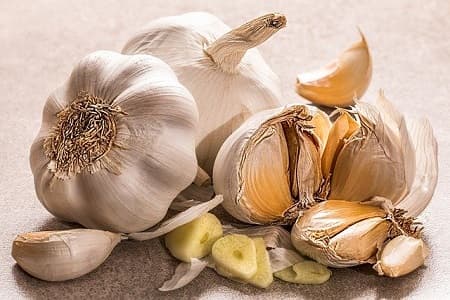 Red mites are external parasites that feed on the blood of birds during the night and hide in cracks and holes during the day, and if left unmanaged, they can cause losses for avian breeders. To learn more, read what are red mites and how to get rid of them?

Eradicating red mites during breeding is more costly than the benefit you will receive. In this article, I will share with you one of the most effective ways to manage the presence of red mites in your aviary during the breeding season. The goal here is not to kill and eradicate but rather to expel and repel red mites until the breeding season ends.

How to repel red mites?

In winter of 2010, an Iranian experiment was carried out to measure the effectiveness of garlic extract in repelling red mites in an aviary with a temperature of 18 Celsius and containing 5000 chickens aging an average of 40 weeks.

The garlic extract was mixed with water, and before spraying it all over the aviary, the number of red mites in the room were counted after placing traps. The traps were then placed two days after the first spray to count for the change in the number of red mites. The result showed an 85 % decrease in the red mites population from 1050 mites to just 157.

Next, the traps were replaced one week after the first spray to determine the durbality of garlic extract. After counting, the result showed double in the red mite population (from 157 to 263) due to the gradual decline of the garlic odor.

On the eighth day, the researchers repeated the spraying process and placed the traps two days after spraying, and the result was an 86% reduction in the red mites population. The overall result of the experiment is a 96% reduction in the number of red mites after two sprays. The numbers were calculated as follows:

Garlic extract is effective in repelling and controlling red mites that live in aviaries and to reap its benefits, you should spray it at least once a week.